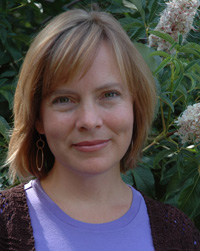 On a warm September evening in Cottage Grove, Wisconsin, Margaret reflected her life’s treasures: a wonderful five-year-old son, a successful home-based health and wellness business and a satisfying marriage. She and her husband, Rich, talked about wanting to slow down, even though they were both only in their mid-thirties. She envisioned them aging gracefully together, volunteering for meaningful causes, and eventually retiring to a beach house. A few minutes later, Rich started gasping for air. After five minutes of an intense asthma attack caused by an unknown allergen, Rich died, and Margaret’s vision of the future was gone.

During the first few months after Rich’s death, Margaret felt numb and without direction. Struggling with her grief, she focused on taking care of her son, and did the minimum required to keep her business going. Repeatedly, she searched for answers as to “why”, and tried to find understanding through prayer and reading spiritual books. She looked for signs that at some level, all was well, and that there was a reason for Rich’s death.

18 months later she bumped into a family friend who led volunteer trips to Haiti and in passing, he invited her to join him on his next trip. On a whim, Margaret agreed. She felt this might be the sign she’d been praying for.

The depth of poverty she saw in Haiti, only 600 miles from Miami was shocking. Hungry children flooded the streets. During her trip, she volunteered at a hospice and orphanage. One evening, a Haitian priest, Fr. Jean-Juste, spoke to her group and shared his vision for a food program for children. Something inside Margaret lit up when she heard this and immediately she started wondering if she could help make this vision a reality.

After returning home, she shared the priest’s vision with family and friends and donations began to arrive. She sent the money to Fr. Jean-Juste and within three weeks, he and members of his congregation had started a food program, feeding 500 children every Sunday.

Almost two years after her husband’s death, Margaret founded the “What if? Foundation,” a nonprofit corporation dedicated to providing hope and opportunity to impoverished children in Haiti. Today, it provides funding for 5,000 meals/week at the St. Clare’s food program, and education scholarships for 140 students. In addition, to running her health and wellness business, Margaret is the foundation’s volunteer director, administrator and fundraiser. It’s a lot of work, but incredibly fulfilling. Her heart has healed, filled with the joy of making a difference in the lives of Haitian children. Through the What If? Foundation, she has found her new life and purpose. She’s also moved to California and is remarried and very happy. Her son, Luke, is now 15 years old. Margaret has written a book about her experience called, “On That Day, Everybody Ate: One Woman’s Story of Hope and Possibility in Haiti”. It will be published by Koa Books in September 2008.