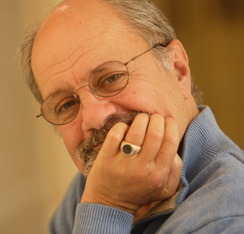 Dan Gottlieb, PhD, earned his degrees in 1969 from Temple University. He became a psychologist, specializing in addictions and directed a community based treatment program in Philadelphia. According to his website, www.drdangottlieb.com, he enjoyed early success and loved spending time with his two young daughters.

Then, in 1979 at age 33, Dan was in a near fatal automobile accident which left him paralyzed from the chest down. As expected, there were years of despair and depression. His wife left the marriage and passed away several years later. Then, he mourned the loss of his sister and parents. Dr. Gottlieb spoke recently to Terry Gross on the National Public Radio show “Fresh Air” about his accident and how his soul is now at peace. Here are the words of wisdom that Dr. Gottlieb offered in that interview, which can be heard in its entirety at npr.org

“The car accident forced me to change my life. The vision I have about my accident – when my neck broke – is that my soul began to breathe. I became the person I could be. Each time I faced death I became more of who I am and less worried about what others think of me.” For example, now “I don’t work as hard on things that pay and spend more time on things I love.”

“My parents were both mildly depressed. Therefore, my genetic loading would have me being more depressed. Because I felt alienated as a child, I lived my whole life thinking that if ‘I made more money,’ or “if I was a great psychologist,’ things would be ok.” “When I broke my neck. I lost all hope and that was a gift. I lost all hope that I would walk again or be one of the kids again. My only choice was that if I were to live, I would live as me and not as the person I wanted to be ideally. It was liberating and terrifying.”

“Most people spend their lives trying to be the person they think they should be and never discover who they are. When I broke my neck, I couldn’t run away from my demons, literally. I had always wanted to be a peacemaker and a visionary. But instead, at least before the accident, I had thought that I had to be a psychologist and a father.”

“The accident happened as I was traveling westbound on the Pennsylvania Turnpike. An 18 wheeler was traveling eastbound and lost its wheel – not just its tire, but the whole wheel. The wheel bounced across the Turnpike and crushed my car. There was a car across the street as the accident happened and the person in that car was a nurse. She ran to my vehicle and when she saw me, she knew that I was a quadriplegic and not to move me.”

Immediately following the accident, “I was surrounded with people who loved me and told me I still had value. Yet, I didn’t want to live.”

One night, “I was taken to intensive care and there I lay in a grotesque apparatus to keep my neck steady. A nurse came up to me and asked if I was a psychologist. I said ‘yes.’ She then asked, not knowing I was feeling suicidal, “Does everyone feel suicidal at some point in their life?’ “I replied, ‘Well, it’s not unusual, but if you want to talk, come back after your shift.'”

At 11:00 pm, “she came back, pulled up a chair and we talked for an hour. She tells me about her life and I refer her to a therapist. She leaves, I close my eyes and think “I can live with this.’ That woman saved my life because she asked something of me. All these people told me I had value, but it had no meaning. She showed me I had value by asking something of me and by allowing herself to be vulnerable.”

“The way to be a good person is to see the prism of someone else’s soul,” not just one color, but the whole spectrum of color.”

“My body is broken, my mind is sometimes neurotic, but my soul is at peace.”