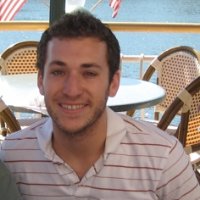 My lemon occurred when I got an email with the results from the July 2007 California Bar — and they were not positive. After spending months studying for the exam and scoring well on the practice exams, I was pretty devastated not to see my name on the “pass list”. I felt like a failure and was pretty embarrassed not to have passed the test.

I contemplated not taking the bar again. To be honest, I wasn’t exactly enamored with the the idea of spending the next 30 years of my life practicing law…but after consulting with close friends and family, I decided I would give the CA bar one more shot. I spent the next three months holed up in my room studying for the Feb. exam and fortunately passed the second time around.

Immediately after I failed the bar, I was devastated. I was embarrassed and dreaded having to tell people that I failed. But after taking it all in, I looked at the failure as an opportunity.

My friends and family helped me cope with the awful news and gave me career advice during this period. I also allotted two days off to sulk and feel sorry for myself (rented the whole season 3 of the Office) before I had to get back on the proverbial horse.

I had actually conceived of Give Forward, the idea, before my lemon, while I was finishing law school.

The idea surfaced by chance. While in law school, my friend Ned somehow convinced me to train for a marathon. My father and grandfather had both passed away from cancer when I was younger so I decided to take the opportunity to raise money for a cancer organization. The marathon had a list of about 25 “official charity partners” and I chose to run with St. Jude Children’s Hospital, which deals mostly with Leukemia and Lymphoma.

I pursued the idea because I met an amazing person, my business partner, Desiree, who was living in Chicago at the time. She had independently come up with a similar idea for a website and had already started on making the idea a reality. She was looking for a business partner to join her, and we instantly clicked. The first time we spoke to discuss our ideas, we spent nearly three hours on the phone and I knew at that point that I would be moving to Chicago.

She inspired me. The hardest thing about starting any business is leaving what is safe and comfortable and “taking the leap”. Desiree had already done it. So I decided I could do it too.

I consulted with my family and a very close group of friends.

Today, we are about 6 months old and the business is starting to grow. Although we have no paid employees at this point, we do have a staff of 10 AWESOME and enthusiastic interns. I can’t say that we are financially “successful” yet, but every day we go home knowing that we are helping change people’s lives for the better.

One of the more heartwarming success stories we’ve had on the site happened this past week.

A 22-year-old young Chicago woman named Amy planned on donating her kidney to her older sister, Jessica. However the operation costs $100K+ and insurance only covered up to $30K. The hospital initially refused to do the surgery unless the family could come up with $100K. So Amy decided that she would single-handedly raise the money. She started a fundraiser page on GiveForward and within a week she had raised over $23,000!!

Because of this young woman’s efforts, the hospital has decided to go forward with her sister’s kidney surgery and they are currently preparing for the operation.

As I mentioned above, it was Desiree and her actions to actually “take the leap” that inspired me to do the same.