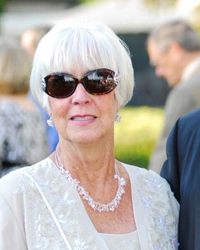 Twenty two years ago, I was blindsided with what I called an “ambush” divorce. I met my husband in college and we had been married for 25 1/2 years. Our two kids were in college. I was stunned when I received less than two weeks notice that I was out of a job.

Being a mom and wife was what I loved most. I had planned to grow old with the man I married. I worked part-time as a medical technologist at a local hospital to supplement our income and as my husband said, “to keep my hand in my profession.”

Since I was a child, I’d always loved writing and music. When the kids were older (high school) I began playing piano at nursing homes, churches, and wedding and wrote a humor column for my hometown paper.

I was looking forward to retiring from my job at the hospital and traveling with my husband when the kids were grown. When he suddenly notified me I was out of a job as a wife (back then, we were called displaced homemakers), I had no option but to work as a med tech even more. Unfortunately, my personality was totally incompatible with that career. I was sure I would die in my white shoes at an old age right there at the hospital.

My quest to find my heart’s true delight began way back then. Slowly, piece by piece, I rebuilt my life. Counseling, journalism classes, friends, and editors helped me redefine who I was. I began writing for regional magazines and the newspaper which, combined with my hospital job, helped me escape the plight I feared… becoming a homeless bag lady.

Fast forward…Three years ago I was working on a novel (still not completed) inspired by my first love. The beautiful songs of the fifties began to haunt me. I rifled through my old music and found most of the songs I had loved. Found some cool sheet music on the internet. Picked 20 songs and made a CD “First Love in the 50s”. My homemade CD had a few problems, so I began calling recording studios listed in the Yellow Pages. That defined the direction I was going. Jay Lechler, a sound engineer (a brilliantly talented keyboard guy too) at Paradyme Productions answered. He helped me make First Love into a CD that I was proud to send to my friends from “back then.” I still have a plan to finish my story and offer the book and CD together. We made a second CD that was as well received as the first. Then we got serious and have now made three CDs that are licensed and that I can sell. One (“Dream”) came out last summer and is in area shops and on CDBaby.com. During the Summer of 2010 I’m releasing “Vamps, Then and Now,” a musical frolic through time from the Roaring Twenties to the present. It’s played honky tonk piano style and in retro-sound.

What helped me find my way is that I simply accepted the “D” card I’d been dealt and decided to keep playing (nasty options had entered my mind back then). And what seems like a cast of thousands helped me through. I was dealt new cards, new opportunities. A wonderful counselor, Ann, now a personal friend pulled me out of the muck many times. Editors gave me opportunities. Friends supported me. My kids were there through it all. Ken came into my life and has supported what some would consider pipe dreams. Jay connected musically and has made my music magical. I don’t claim to be an accomplished concert pianist, but I play from my heart and my music connects with many people. I’ve sent CDs to Iraq and received heartwarming “thank yous” from a couple of soldiers.

While I’d have been willing to grow old married to my college sweetheart, he changed the game rules. We have choices. I finally discarded the “D” card, asked for new ones and life was kind to me. I now hope to make music that makes people happy, gives them comfort, helps them reminisce about days-gone-by. My music means many things to many people. I want everyone to realize how much music can enrich their life. For music lovers, a day without music is worse than a day without chocolate.